<- ten books that changed my life
the default gender ->

An illustration of how deeply the concept of fractals has entered into popular culture is that it makes an appearance in the song "Let it go" from the film Frozen, in the line "My soul is spiraling in frozen fractals all around". So Helen was trying to sing the word at two! (It may be some time before she's up to understanding Hausdorff dimension, but self-similarity in natural phenomena is something she might be able to appreciate now, or at least in a few years.)

Thinking of this, it occurs to me that I'm actually part of the very first "fractal generation", among the first to grow up with the concept. The term fractal was coined by Mandelbrot in a 1975 book in French, translated in 1977 as Fractals: Form, Chance and Dimension. My father had a copy of this, presumably bought sometime before it was updated in 1982 as The Fractal Geometry of Nature (my review), and I read it in my early teens. It is a relatively non-mathematical presentation, making the argument that some previously obscure mathematics had a unity of its own and was a fundamental tool for understanding and representing natural phenomena and not just a source of pathological examples. I had spent a lot of time trying to create maps with convincing coastlines and rivers, for Dungeons and Dragons worlds, so the discussion of coastlines resonated. And the computer we had (an early IBM-cline running a DOS-clone) was capable of generating Mandelbrot sets and we spent some time with that. So I internalised Mandelbrot's message and concepts of fractal structure have been one of my tools for thinking about the world ever since.

I never really followed up on the mathematics, however. At some point I borrowed Falconer's The Geometry of Fractal Sets (1985) from the mathematics library at Sydney Uni (or possibly had my father borrow it for me when I was still at school), but that was too dense for me at the time, launching straight into measure theory. And I looked at nothing in the twenty-five years since, until I was inspired by reading Berger's Geometry Revealed. I now have copies of The Fractal Geometry of Nature (since my copy of Form, Chance and Dimension is in storage in Sydney), Peitgen et al's Chaos and Fractals (my review), Falconer's Fractal Geometry: Foundations and Applications (my review), and Kirillov's A Tale of Two Fractals, and am working my way through them steadily.

My intellectual peregrinations, my reading and seminar-attending and so forth, have a fractal-like structure, both in depth, with local points of relatively focus and broad swathes of shallow survey, and temporally, with some topics bubbling into focus briefly and others retaining my interest on longer time-frames.

Update: Helen insisted on looking at the pictures in Chaos and Fractals and after I told her which ones were Mandelbrot sets she was capable of distinguishing a Mandelbrot set from a generic Julia set (and pronouncing "Mandelbrot" nicely). I tested her on some images from Fractal Geometry. These neural network learning systems are really quite good! 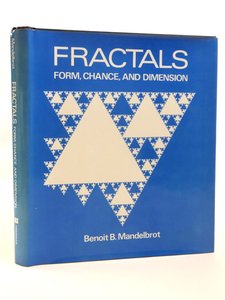 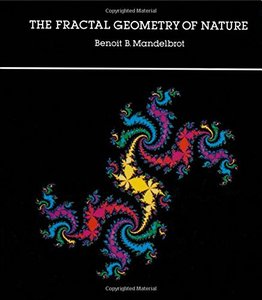