<- a first date! teaching history to a six year old
I am Ashurbanipal ->

When I was barely seven, and we lived in Sydney's Upper North Shore, I used to walk home from school not just by myself but taking my year and a half younger sister with me.

I may have done this even earlier, but this is the earliest I can date it. In early 1977, a month or so after we visited Papua New Guinea, I came down with malaria, the first symptoms of which were massive headaches in the afternoon, which meant I couldn't walk home and school had to call my parents to come and pick us up. 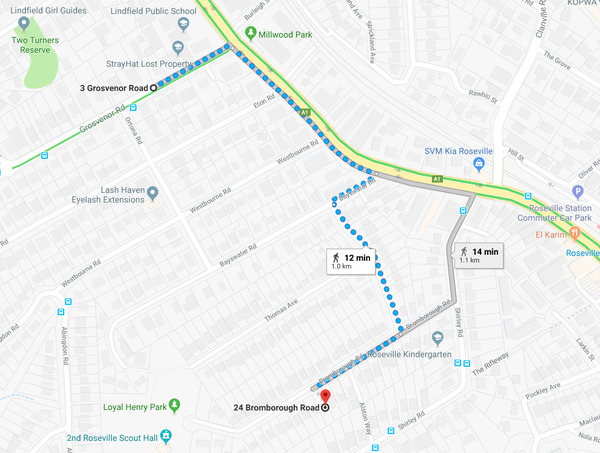 my route home from school, in Roseville, Sydney

The route I walked is only one kilometre long (I would have guessed it as more, it felt like a long way), but involved some reasonably hairy road crossings. Grosvenor Rd, where the school is, has terrible traffic, which made crossing to Ortona Rd too dangerous. There are traffic lights at the top, but going that way then required crossing Eton and Westbourne Rds where they meet the Pacific Highway, at wide, flared junctions into which 60km/hr (40mph) vehicles can turn without slowing much. 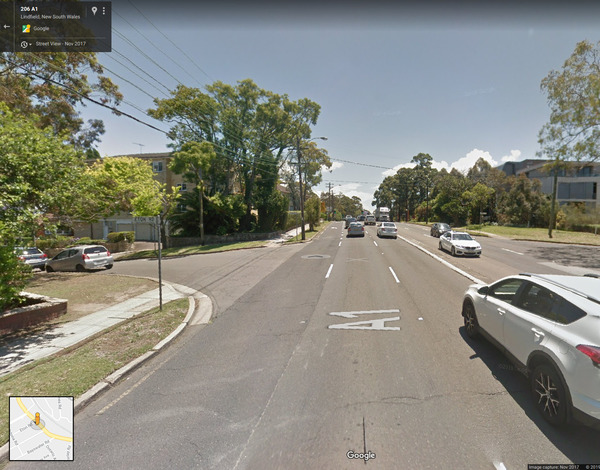 where Eton Rd meets the Pacific Highway in Roseville, Sydney — unchanged since I was seven, and pretty awful for pedestrians

On the other hand, the streets in Sydney's North Shore are mostly (as you can see in the picture above) wide enough to have broad nature strips between the carriageway and the footpath, so walking along them is in some ways safer than walking along pavements in Oxford, where a slip could easily result in a fall onto the road. 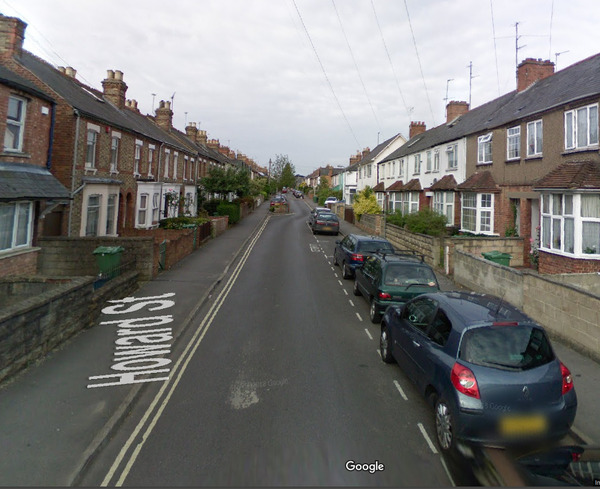 That would be one of my concerns if Helen were walking by herself: the walk along Howard St seems pretty safe, with no side-roads or driveway entrances, but there's a fairly continuous stream of motor vehicles passing by, sometimes faster than the 20mph (32km/hr) speed limit, despite the raised tables, and a slip, perhaps while running or skipping, could be nasty. It's particularly bad on bin days.

The other concern would be crossing Boundary Brook twice, once at the north with fewer vehicles but potentially fast-moving ones, and once outside the school, with a mess of vehicles going every which way and poorly parked vehicles blocking sight lines.

There are no rules in the UK about letting children walk to school unaccompanied, but it seems many people would consider ten a reasonable age, and eight a stretch.