<- not for myself
reading complexity ->

minitrams - the nadir of cycling in Britain?

I suggest that 1981 was the absolute nadir of utility cycling in Britain. As evidence for that I present, courtesy of Graham Smith, this diagram from the December 5, 1981 issue of the The Economist. 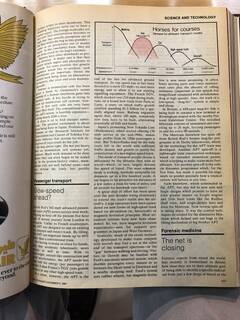 What transport mode could possibly fill in the 0.3 to 3 mile gap between walking and driving? Maybe minitrams?

This also gets it wrong by putting "Car" where it should have "Bus/Metro", but that's another story.

Note: Liz Batty has pointed me at the MINITRAM planning society.

For a real-life example of modal share at different distances, if cycling is actually enabled, here's a chart of data from Amsterdam in 2012 (source "Traffic Planning in Amsterdam", via Drawing Rings). Cycling is the majority choice from 1 to 5km (3 miles), and the plurality choice up to 7.5km (5 miles). 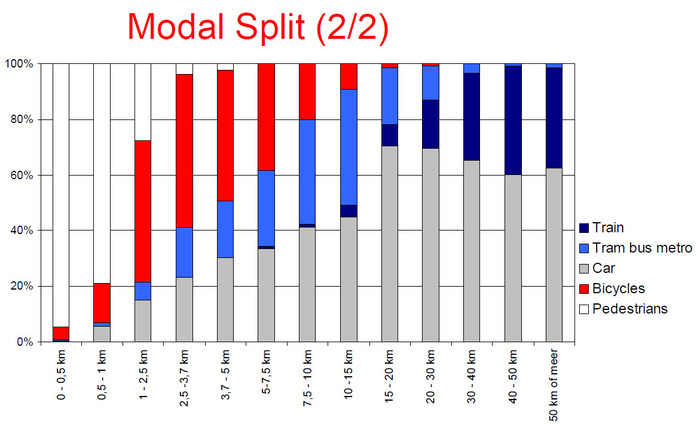 There have been some major changes in Amsterdam since 2012 that make cycling easier and driving a little less convenient, most obviously around the railway station, so the modal share of cycling is likely even higher now. And the boom in e-bikes is likely to have increased the distances people cycle. (Amsterdam is not the most cycle-friendly city in the Netherlands, either - Utrecht, among others, has significantly higher cycling rates.)