One of the big advantages of cycling is that, like walking, it has predictable journey times. There are many trips where driving may be faster on average, but in Oxford at least driving times are highly unpredictable. This is a particular problem if one needs to be somewhere at a particular time - for a school drop-off, say, or for work, since one then has to leave earlier to allow for contingencies, obviating any speed advantage.

This morning there were some kind of emergency utility works outside Magdalen College, so one lane was blocked and motor traffic had backed up down Iffley Rd (also Cowley Rd and St Clements). This probably increased my trip time to work by a minute - I had to go around a couple of buses and couldn't overtake slower cyclists on Magdalen Bridge - but anyone driving will have been delayed a quarter of an hour or more. 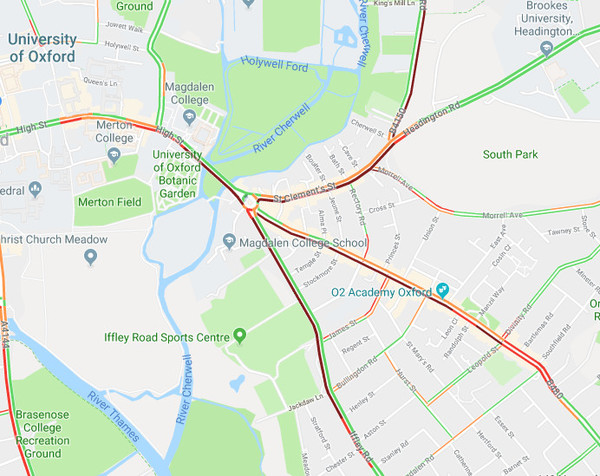 And yes, it was windy and drizzling today, but I'll take my 12-14 minutes on a bike over 10-40 minutes in a car any day. Even if that didn't involve poisoning everyone in the city and contributing to boiling the planet.