Oxford already has a lot of low traffic neighbourhoods, without through routes for motor traffic (which is restricted to access). Some of these are "natural", in that they were effectively created by the geography, but new areas of housing are built as low traffic neighbourhoods — no one designs residential streets that will attract through traffic — and others have been retrospectively implemented by modal filters, usually bollards or gates. Here I document some of the latter. 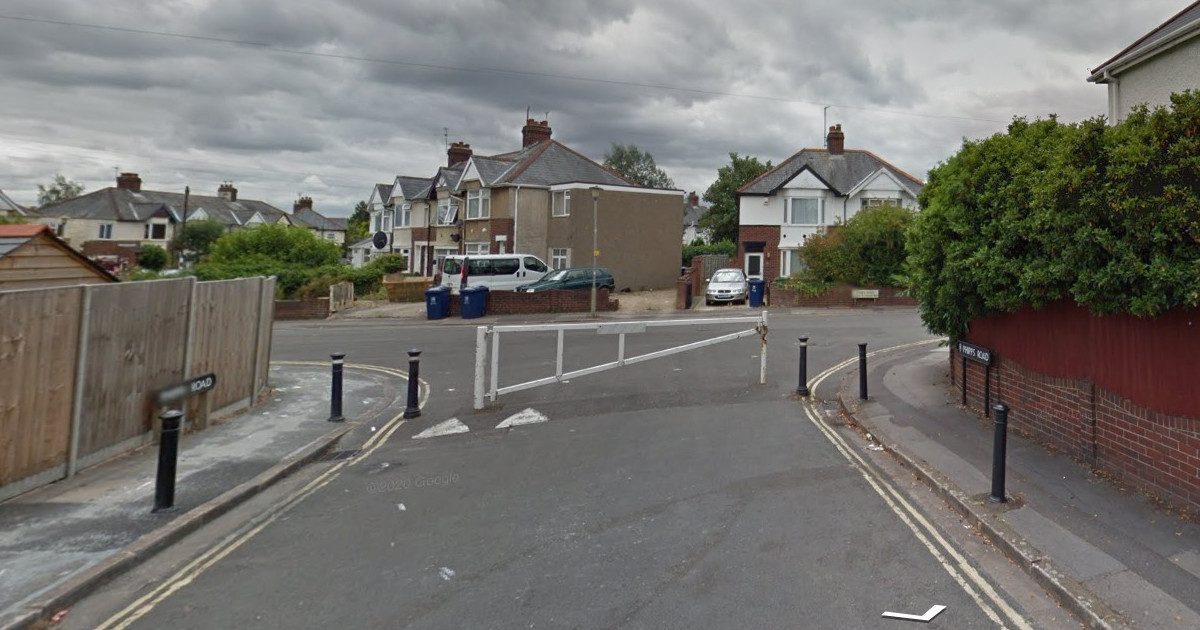 The question for anyone opposing low traffic neighbourhoods is, are you also asking for these existing ones to be turned back into High Traffic Neighbourhoods? And if not, why not - what differences justify massively higher traffic volumes in Bartholemew and Crescent Rds than in Phipps and Freelands Rds?

As examples of new build low traffic neighbourhoods, consider the Waterside and Waterway developments along the North Oxford canal, or Reliance Way, Demesne Furze, and many others across the city.There is also one example of a "way before its time" School Streets scheme in Oxford, with a retractable bollard used to prevent motor vehicle access to St Philip and St James primary in north Oxford, at drop-off and pickup times. 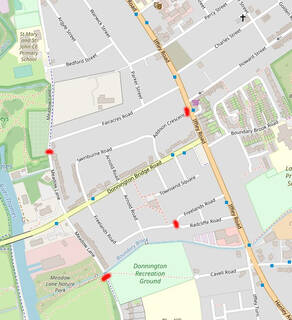 Modal filters on Addison Cresecent and Meadow Lane (north) prevent the use of Iffley Fields as a rat-run to avoid the traffic lights at the Donnington-Iffley intersection. Barriers on Meadow Lane (south) and Freelands Rd provide the same protection to Donnington and Iffley Village.

[Click on the map for a larger version. Modal filters are marked in red.]

Also note that there is no way to drive directly between Iffley Village and Rose Hill. 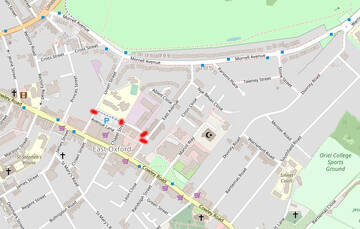 There are no through routes from Morrell Ave to Cowley Rd in between Divinity Rd and Cross St/Princes St. This low traffic area was created in the 1990s1985 using gates and bollards on Union St and East Ave/Collins St.

A gate on Phipps Rd stops cut-throughs from the B480 to Barns Rd and creates a low traffic neighbourhood. A one-way restriction and a no-right-turn sign stop St Luke's Rd being used as a rat-run.

Potential cut-throughs around the junction of Weirs Lane and Abingdon Rd have been stopped by modal filters on Canning Crescent and Fox Crescent. Wytham St is also filtered where it meets Abingdon Rd, though that is presumably to simplify the junction.

No Right Turn and No Left Turn restrictions (out of and into Jackson Rd) prevent short-cutting to avoid the Cutteslowe roundabout and make the entire Sunnymead area an LTN. The carriageway is curved and bollards used to encourage compliance with those restrictions.

Bollards make sure the are no through routes in the Waterways area.

Brookfield Crescent is blocked by bollards, preventing it being used as a short-cut around the B4150-B4495 junction. Not very effectively, through traffic is barred from Ellsfield Rd and Elms Dr by "Except Access" signs.

A filter on Staunton Rd creates an incomplete low traffic neighbourhood. It's still possible to use Woodlands and Sandfield to avoid the Headley Way-London Rd traffic lights, but Staunton and most of Sandfield are protected from through traffic.

A much more comprehensive survey of Headington LTNs.

back to East Oxford and Cowley